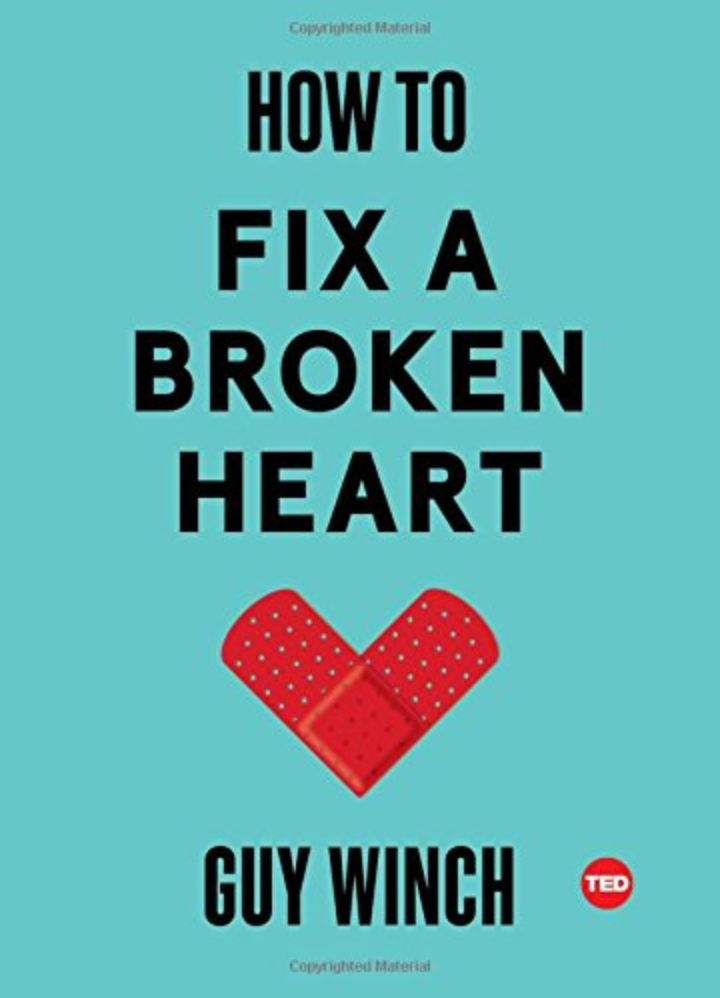 We all have them. Those special people from our past that have touched us, helped shape us into the people whom we have become. Friends who’ve moved on, past lovers…. The one that got away….. A fourth grade teacher… Whatever it is and whoever they are, we all have people in our past that still connect with our todays.

I’m no exception. I have my baggage. Baggage I’d prefer to put down. And as I’ve gotten older, I’ve collected more baggage. Let’s just say I’m not great at closure. Turns out, I had, have?, a lot of bad emotional habits when it comes to the baggage of life.

Breaking these habits was a required to empty my emotional backpack, so to speak. But the nagging feelings and conflicts persisted. Obviously I hadn’t been able to really deal with them so far; I needed more tools and understanding to see why I was doing what I was doing. And more importantly to figure out how to replace bad habits with better ones.

I listen to lots of weekend radio shows via KQED FM, our local  NPR station. One I like is the TED radio hour. This one show, “Falling in and Out of Love” held me transfixed. About 4 topics, all hit home. The last topic was an interview with Guy Winch, a psychologist who wrote the book I’m reviewing here.

His motivation on writing the book is that there are some emotional losses that hit hard, yet there is little societal support for dealing with them. The two he chose to focus on? Failed dating relationships and the loss of pets.

As a case in point, over the last four year I watched my friend Lee go through the death of her husband, her father, and her dog. An energetic little rodent-hunter named Bodie that she called her Shadow. Her dog had been her “shadow” for 12 years. And from what I saw, the loss of him from her life was a similar caliber as the loss of the two people – her father and a husband of 22 years – that she had said goodbye to recently. And Gary was correct! The passing of her husband and her father were both “Big Events” with ceremonies to help grieving and saying goodbye, to help create a support network for those who suffered the loss most severely, to help re-establish the bonds and the strength of the social fabric required for comfort, healing and to fill the space left behind by the departed. And for the passing of her dear Bodie?

She was left to deal with that herself and the sympathy of some close friends, without all the support that the other losses garnered.

Since the support for the loss of a pet or a significant other was less than ideal, he wrote the book to help those with these types of losses. Pointing out bad habits we all have that can prolong recovery from what I’ll call “emotional dents”.

I wasn’t looking to get over the death of a pet. But I did have my own persistent issues that had been dragging on over way too long a time. Some I’ve carried for decades.

It wasn’t long before I learned my first insight. And once learned, it will never be unlearned. Here it is: While physical harm gets healed without thought or will, emotional recovery must be learned. This is because what our minds to to avoid future pain is to keep it fresh so we don’t forget and will stay safe. Emotional recovery requires exactly the opposite. It requires a letting go.

To put it more bluntly, our natural instincts to recover from emotional dents is exactly the opposite of what we need to do to move on. Therefor recovery from emotional pain, is a learned skill, not just the way we are built! Aha moment #1! All those things I’d been doing hadn’t been putting the unresolved issues into my past, they were keeping them alive in my todays! And it’s even worse than that… Because of our architecture, we are SURE what we are doing is correct. The more sure we are that what we’re doing is proper, correct and effective, the less correct we are, at least for emotional dents.

Much of the book covers examples from his practice. As I read and read, I found I had less to do with or interest in the specific examples described. But another thing happened as well: I realized this information, aimed at those that had a hard breakup with dating partner or lost a pet, was universal and a general approach to any and every emotional hardship! Didn’t get that promotion? Favorite car crashed and totaled? Poem not accepted for publication? Whatever it is that hurt anything other than your body, the knowledge and techniques contained in this book will help heal.

This isn’t a get-out-of-jail-free card. To be blunt, it’s about finding ways that are effective in marching down the healing path, but know that the work has to be done. There is no free ride here. The good news is that all the techniques can be learned and adopted.

A section that was both depressing and very useful is where Gary lists and illustrates the techniques he’s come across that prolong healing and recovery. The depressing part was I noticed that I did pretty much all of them. Obsessing on events to try to eke out the root cause of failure? Check. Selective memories of history to form a distorted picture of past events and relationships? Check. Ignoring the universally offered advice from those that I love and trust? Check. The list goes on and on. (BTW, I’ve adopted a good metric suggested in the book: If two of your “pillars” or people you rely on, both say you need to take a moment to consider what you’re doing, or more bluntly they say your screwing up, pause and listen! Don’t reject and get angry.) Ruminating over past events and moments? Check. And on and on….

I found that the insights were very helpful in understanding my persistence. The tools in the book are very useful. I wish that I’d read this as a young man, or even a teenager. No, emotional pain and disappointment wouldn’t have been absent from my life, but they would have been much better dealt with.

Of course, after I read a book like this I tell everyone I can about it. And it’s interesting how the response goes. My wife Cheryl didn’t read it, despite my recommendation and nagging. My kids didn’t read it, despite the fact that they are both starting to enter into the start of romance and attraction. My dance instructor Jules did read it, and she found it as impactful as I did! Read it, and let me now what you think in the comments.